An inspirational school and conference speaker whose debut novel The Wedding Planners Daughter bloomed into a series with ½ million readers worldwide and has just been optioned for a movie, author Coleen Paratore lives in upstate New York.

About Me
I majored in English at The College of Saint Rose, in Albany, and after two internships in advertising and public relations, decided to enter the communications field, which is a place where writers can write and make a living too. I got married three months after graduation (my husband Tony and I will be celebrating our 25th wedding anniversary next August ), and we moved to Connecticut. I worked at a large advertising/pr firm during the day and got my master's in English at Trinity College nights. When we moved back to the Albany, New York area a few years later, I took a job as a publicist for Russell Sage College in Troy and soon became Director of Communications for the Sage Colleges. Our son, Christopher, was born in 1989. Two years later I took out a small-business loan, left my "safe job" and founded Books Worth Writing, to develop and publish The Remembering Book, an heirloom-quality tribute to a loved one's life (created after losing my best friend to cancer and wanting to be sure the story of her life was remembered and celebrated). This book-product is now in its 3rd printing, 10,000 copies sold. Around that same time, I began teaching as an adjunct instructor in the English Department at Russell Sage, doing freelance public relations assignments for business and nonprofit clients, and leading public-speaking workshops for women. Our son, Connor, was born in 1992 and then our third son, Dylan, in 1994.
After Dylan was born, I hopped off the career train for a few years to chase after three boys under the age of 5. I wrote a song for each of my sons and sang their special songs to them as bedtime lullabies. I kept a journal (I have on and off since college), wrote poems, and "roasts" for friends' birthdays, planted a perennial garden, a vegetable garden, read tons of books, started a book club, cleared a walking trail in the woods behind our houseand with my three young sons in tow, I returned to my "library days."We devoured books together, morning, noon and night. We'd fill an L.L. Bean sack full of picture books every week, snuggle up on the couch, and read, read, read. I didn't know it at the time, but in addition to it being enormously FUN, this was fabulous research. As I was devoting my best creative energy to my children and sharing my love of books with them, I was soaking in lessons in characterization and plot and structure and language... feeding my writer's voice in happy hibernation. I still didn't know that I would write children's books, yet everything in my life was leading me on that path. Ironically, I'd meet former business colleagues out and about and they'd say, "you're writing children's books, right?" I can't tell you how many people asked me that. It wasn't my goal or my intention.
Breaking into this business was the hardest and longest race I've ever run. I wrote stories for four years before I felt the work was ready. And then, once my writing was of publishable quality, it took two years of submitting before I got a contract. 179 rejections later. You've got to want it badly. You've got to read, read, read, and write, write, write and revise, revise, revise, and listen to people who are wiser than you, and learn from your rejections, and take comments from editors very seriously, and be willing to catch the fireflies of inspiration before they fly off forgotten, and, most of all, you've got to BELIEVE in yourself. Believe, believe, believe. Emerson said "nothing great was ever achieved without enthusiasm." Write on. 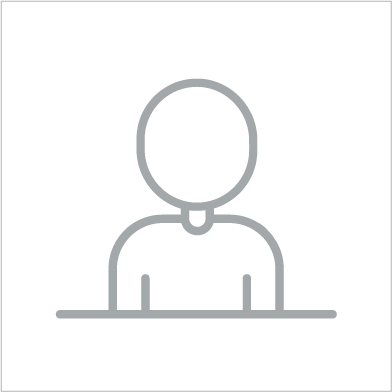